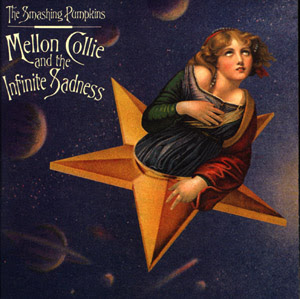 The underlying question remains: what is a perfect album? For starters, it’s whatever Jack-O and I say it is. Beyond that, it’s tough to say. Jack-O said a perfect album is one that you’d rather play start-to-finish than for one track—or, he amended later, an album that you’d only play if you had the time to finish it. The theme is gestalt, even holistic: the whole is greater than the sum of its already-great parts.

For me, the definition is more ethereal. There is no one particular criteria for achieving perfection, but such an achievement leaves the listener with a particular feeling. This is the determinant—with an album like Dark Side of the Moon, you just know it’s perfect, whether or not you can point to specific musical or dramatic elements that make it so.

Most important, there is an intrinsic difference between perfect and merely unblemished. The Offspring’s “Smash” is a generally unblemished album, without a glaring shortcoming, and boasts a number of underrated 1990’s anthems. The tracks are pithy and logically ordered. By the time the title track’s half-time chorus accelerates back into its original, faster self, even I—a snobby asshole—have to admit that “Smash” is really good, maybe even great. Without regard for genre or era, it stands as a mistake-free appendage on the musical body.

But is it perfect? Would one insist on listening to the whole thing, rather than just “Bad Habit?” Not necessarily. Would one be adamant about spending a full hour with “Smash” and a beer? Maybe not.

Finally, after the hidden track ends the record, one does not breathlessly opine, “Well, that’s one goddamn amazing album.” You might recommend it to a friend or speak highly of it at a bar, but it doesn’t strike the fanatical fancy as monumental.

On that note, here are 15 more albums that do: