Lolla, Part 1: You're Not as Bad as You Think 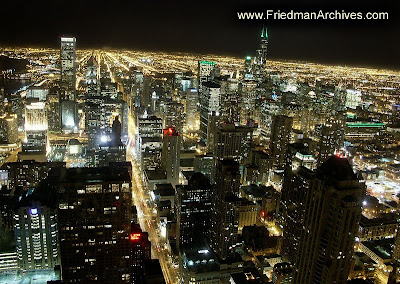 Chicago is not like New York. So I was told over and over this weekend, by both geographically yielding locals and adamant out-of-towners. For all that Lollapalooza had to offer—Radiohead and Rage Against the Machine, an extensive wine selection and homely joie de vivre—its greatest shortcoming was location. “Sure, Grant Park is really nice,” someone would say, referring to the festival’s home base, “but it’s not like New York.”

Chicago’s Trump Towers, watering holes, subways, and intellects were offered on a pyre of sub-Manhattanism. According to residents, the country’s third-largest city has pretty girls, but the really pretty ones move to Manhattan. The bars in Lincoln Park, Chicago’s ritzy hot spot, don’t make drinks like the bars in New York. You can see live music every night, but not like you can in New York. The skyline is nice, but can’t hold a scaffolded candle to the Big Apple’s.

Los Angelenos do not suffer from the same inferiority complex. Neither do Miamians, Clevelanders (although they should), or even the genial folks in Akron. But Chicago, the unrivaled Midwest monarch, is terribly insecure. Midway through Blues Traveler’s set, the girl standing next to me eagerly offered that, if she were me, she’d leave Chicago and never come back.

“Because Chicago isn’t as good as New York.”

Trouble is, she’s right. Chicago isn't as good as New York, insofar as in all matters urban, economic, and demographic, the latter easily outstrips the former. Chicago, like many cities, is a scaled-down New York, and although the Sears Tower could cast a shadow over any building in Manhattan, the perception along Lake Michigan is far more defeatist. For four days, people of every creed, color, and political persuasion aggressively denounced their home city, simply on the grounds of its not being exactly as they imagine New York to be. The attitude is not just deferential, but reverential: masochistically, the people with whom I spoke celebrated how incomparably better my city is than theirs.

Theirs is a worldview borne not of particulars, but of outsized fantasy. It wouldn’t matter if a Chicago sports team were to beat a New York sports team. Hosting the 2016 Olympics wouldn't loosen the city's fatalistic grip on second place. “Chicago is not like New York” is so ingrained in their cosmopolitan conscious that Chicagoans assume it to be true on all levels. Their trees, thoroughfares, and traffic signals are dingier. Their lawns, museums, and pavilions are shoddier. Their residents aren’t as smart and their jobs aren’t as good; their food doesn’t taste as good and their money isn’t worth as much.

Our contingent at Lollapalooza was particularly targeted for praise, as all five of us live in various boroughs of New York. Chicagoans felt silly around us, like a group of poseurs who walk into an Armani and suddenly feel less fashionable than they once thought themselves. It was only in the small moments, when our zip code was incognito, that we got a sniff of Chicago's civic pride. Its residents desperately want the Olympics, and even more desperately want to celebrate the outlandish riches of Millennium Park, Wrigley Field, and yes—Lollapalooza.

The diary to follow will recount the thrills, oddities, and rapid-fire milieus of the latter. In just one weekend, we met an ex-dominatrix, heard Perry Farrell lecture about life and death to little kids, and saw fireworks cascade behind Thom Yorke.

Not surprisingly, Chicago proved to be very much like New York.