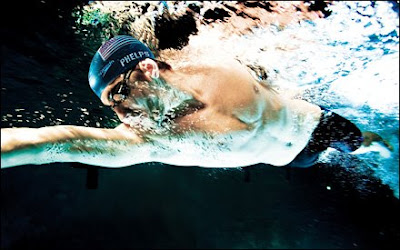 Sportswriters the world over are hailing Phelps as the greatest athlete of all time. In a feature called “Phelps’ eight gold medals makes us rethink greatness,” ESPN.com’s Jemele Hill says, “Forget your previous notions. Forget other things you've seen from the other world's best athletes. What Phelps has done is as remarkably different as God giving us the sun one day and the seas the next…Phelps has changed the way we think about sport. Phelps has redefined athletics, and athleticism.”

Want to claim home-country bias? Understandable. But then there’s the Canberra Times, an Australian newspaper that published a piece by columnist Daniel MacDonald entitled, “Forget Tiger, Jordan, Federer…Phelps is now the greatest ever.” When the lauding comes from a rival country—as MacDonald notes, “It was hard not to be disappointed with some of Australia's narrow misses. World record-holders Leisel Jones, Libby Trickett, Eamon Sullivan and Grant Hackett all failed to shine in their pet events”—and a country that won less gold collectively than Phelps did personally, it is time to stop and smell the chlorine: Michael Phelps is the bomb diggity. 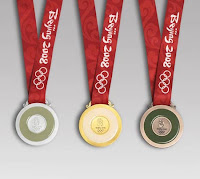 The Olympics are one of our last romantic bastions. Modern facts like Wi-Fi and space travel are immaterial, and, more to the point, each event has a definable result. Someone wins, someone finishes second, and then another third. Swimming is especially platonic, since it is so simple—like wrestling, it involves no high-tech equipment, and like running, it is a race in the truest sense. Just a bunch of dudes/dudettes swimming through a bunch of water, each hoping for a glory that rests in hundredths of seconds. What makes Michael Phelps so accessible, so easily celebrated, is that one can sum up his achievement in a single sentence.

He swam faster than everybody else.

Michael Jordan had teammates; Phelps swam alone. Tiger Woods uses a club to hit a ball into a hole; Phelps used only his body. Lance Armstrong had teammates and rode the best bicycle money could buy; Phelps did not benefit from superior engineering, as he shared a pool with his competition. Muhammad Ali competed once every few months; Phelps swam every day, sometimes twice a day. And obliterated world-class competition each time.

It is very tempting to label Phelps the best ever, especially in the immediate afterglow of his achievements. It is even more tempting since Spitz, whose mark of 7 gold medals stood since 1972, already called Phelps “the best Olympian of all time.” But is Phelps better than Ruth, Thorpe, Federer, Woods, Ali, Gretzky, and Rice?

It’s nearly impossible to say. But one thing is clear: Phelps has to swim a lot faster to catch Justin Timberlake (39,000,000).