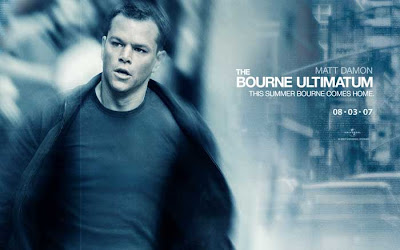 Speculation abounds regarding whether the media’s influence is positive or negative for our collective psychology—the day has long passed since anyone of repute has argued that television, cinema, radio, advertising, et al. are epistemologically impotent. Indeed, the New Millennium meteoric mass packs a convoluted, dense punch, and unpacking the hazy penumbrae around the impact zone would take a very long time.

This much, however, is sure: we recognize patterns in popular culture and begin to anticipate what will happen next. We extrapolate from movie to movie, from song to song, and Western media being as homogeneous and formulaic as it is, we develop expectations. We know Jason Bourne isn’t going to die. We know the lost dog will find its way home.

We parse out heroes and villains, comedies and tragedies, and figure the good guys from the bad guys.

Most of all, we’ve come to expect the happy ending. And therein lies the problem. 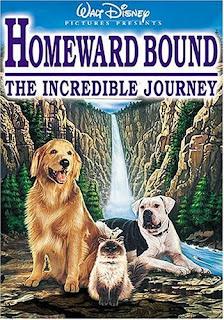 We’re so bombarded with positive outcomes — inconceivable, unrealistic, and insultingly fabricated conclusions — that we’ve come to accept them as not just realistic, but as a given. Think about the Jason Bourne example: so many thousands of movies have reinforced our confidence in the hero’s right to a happy ending that we know what the end holds for Matt Damon. And we assume, extrapolators that we are, that we in the real world have the same right, are virtually assured a sublime epilogue.

We all expect a glorious resolution to our personal conflicts, believing each moment to be the penultimate frame in an inevitably feel-good reel. We believe in change being just around the corner. We believe in big breaks. We believe in magic. We believe in miracles. We believe in the majestic climax that awaits each of us. We have a brand of one-way consciousness that deludes us into categorical hopefulness.

Just one manifestation of our misguidedness is the way we characterize drug rehabilitation. Many call rehab a gateway to a better, warmhearted future. Others, including many who have gone through it, label rehab a stultifying entrée into bleak, temperate incompleteness. Likewise, we tie our relationships and jobs to the happy ending paradigm. We orient our expectations towards a consumer relationship with swooning songstresses, script-trapped actors, and cloistered authors fathoming redemption from the misanthropic generators of literary minds.

Are we delusional? Have we all lost our minds, intent on piquant delusions and reverie? Our echolalia is frightening: the Tourettic insistence on mimicking the media can only portend disaster. Whether we curate a calamity or merely end up severely upset is a matter of degrees, or perhaps courage. How willing are we to turn off the television of our lives, to set down the remote and go outside?

We all feel it, literature, culture, art, life, is the product of our own hands, created to satisfy the deepest desires of humanity of freedom, love, honor, ideals. Clearly the creators, as humans, fail to achieve those ideals, while actors are able to embody scripts, life is unscripted, and actresses get pimples when at home.

there is light however, we are near-certain of it. and relationships, with work, do work out, and people do die with tales of lives lived full, and heros, are real, even though they may end up overweight and undernourished in the forgotten annals of human ebbs.

what im saying is that i love you.
and that humanity is not silent, and will never be. we will not succumb to fate, and we may watch tragedy, and maybe we should bring it back, but we will not become ends.

we can create ends. we can mold fate. thats what these movies show.

people in the real world give up.
bourne doesnt, and thats what hurts us when we get out of that theater and are forced to fight masked ninjas.

we see life break and we bend, and its this damn actor with the smile who picks himself up.

we believe in change, and not only that, in teshuvah, in creating futures, not separate, but inclusive of pasts, surrounding, imbuing the past with new meaning, with new direction. we believe in hope, in redemption, in ideals realized, both communally and individually.

i hear you. we are christened in this culture, drugged into false hopes, lauded in this masquerade, when we've mostly done nothing to deserve anything. it all stinks with the same smell the agent picks up in the matrix.

but not all is destroyed always. and i write this to myself. there is eros, in our very own lives, urge to unite, desire to desire. there is want, and will, and even hope. and even if the last embers of those ideals are only to be found in second rate action movies, their creators are us, the authors of these words, that reach out and touch, and encourage others to express.

i been reading rav soloveitchik on repentence, he's ill, teshuvah is the deepest. and when i read your post i felt the pain, because its so much what i feel, what i feel now. and i read about teshuvah, at least from this philosophical and deeply pained and human figure, and its exactly the same feeling, the wordlessness of this world, for moments given some tongue. i said it, there. for moments, sometimes, there are these redemptions, these little battles won. the girl who says yes, who smiles upon flowers, who dreams in her bed still. there are fires put out, and wallets returned, there are miracles still, and words, sometimes still sound and recall.

some, and i only sometimes, still can remember.

ok, thanks, i needed to get that out. i hope i didnt poop on your lawn, if i did, ill remove it, next time i come round a plastic bag.